How to use modern day spirituality to repel negativity 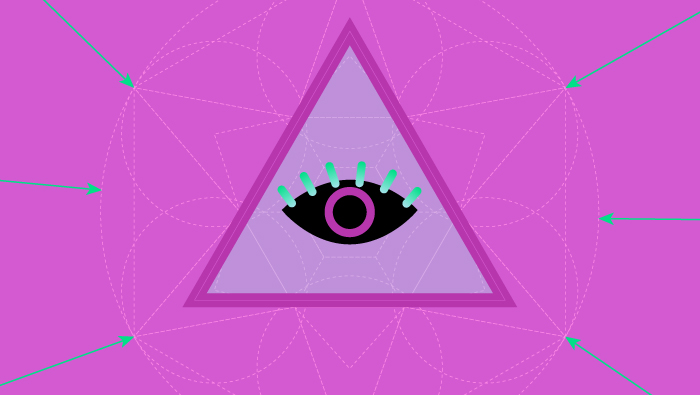 It can be hard to let go of stigma built up around certain words in modern society.

People are so used to criticism and the falsehood of being tough that slightly left of centre ideas can be discarded like a stale cracker.

The criticism that we’ve received over time can block our spirituality, and we begin to discredit any spiritual practice or ideology because of social ridicule or negativity.

You know the jibes, “What the hell are you listening to?” “What the hell is that” “What on earth is that smell?” “Meditation, yeah I don’t have time for that, I can’t sit around and do nothing I have stuff to do”

Don’t give a flying F about these comments.

This is your story, your journey and you’ll do what you damn well need to.

But you don’t have to attach any meaning to it.

Moving your body is a spiritual act in itself.

Don’t shut down your channels just because someone else is sabotaging you.

They probably don’t even have any idea that they’re doing it, they are just repeating what was told to them.

Your spiritual practice is yours and yours alone.

It’s not for anyone else. It’s not to please anyone else, it’s your expression. Too often we focus on the external voices and stimuli and we’re always in a race to be the best, the brightest, the top.

Any physical practice (yoga, running, crossfit) is not a luxury, it’s mandatory.

Same goes for meditation. Don’t think about it as a self indulgence, it’s a necessary part of finding your balance so you’re able to centre yourself for the challenges you face everyday. Bring the body and mind together, these tools can be focused like a laser for your higher purpose. It’s like saying a chef doesn’t have time for sharpening her knife. And smoosh tomatoes all day with a dull blade? No sir. She knows that having a sharp knife will give her the best result.

Imagine beyond the people who tell you you can’t.

As Alan Turing, the man who cracked the Unbreakable Enigma code, said:

Stop pushing so hard. Allow, for this very moment in time. Close your eyes. Visualise the winning punch you’ll throw when you get to the top. See the faces of the people in the audience. Now open your eyes. Now get back to hitting the bag.

You are a spiritual being.

Without emotions you’d be lobotomised.

There’s no such thing as not having emotions. Your emotions are a part of you. Your responsibility is to harness the ones that assist you, and manage the ones that are destructive.

Not every moment has to be filled with an errand. You don’t have to be constantly entertained, a Netflix episode playing somewhere in the background. Why do we need to feel like we’re ‘busy’? So everyone around us will be aware of how important we are? You are important, no need to make a big show of it. We all recognise it when we see it.

Don’t just wait for your turn to talk.

Listen. Understand what the other person is saying. Don’t be selfish. After all, no one ever learned anything from hearing themselves speak.

Beliefs can be wrong, perceptions can be limited.

But we don’t need to fear the limits of the mind. Its capable of great change. Its beautifully imperfect.

Don’t look for proof of what went wrong.

Don’t put everyone else’s needs before your own.

Well my pretties (read that like the wicked witch of the west) now that I’ve imparted my ‘wisdom’ on you, digest it like a footlong sub, it’s a bit dry but hopefully you’ll find some hot sauce to help it go down. If you’d like to hang out some more, come and join my free community of like-minds, share a cup-o-joe and let’s discuss some stuff. ↓