Remember when Instagram changed their logo? Here’s why you shouldn’t care 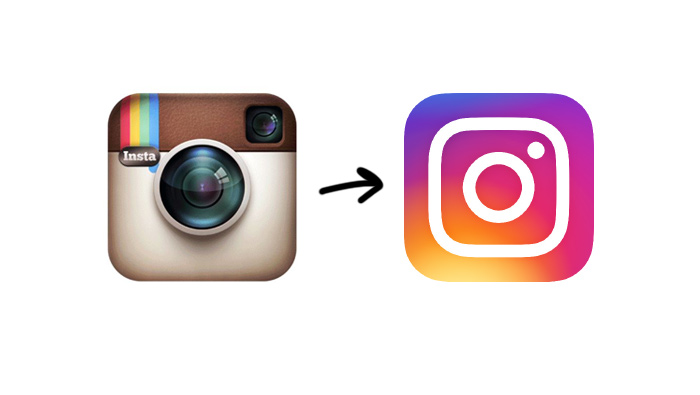 I woke up this morning and checked my phone first thing (like I’m told I’m not supposed to), and saw a glinting little colourful icon in place of where the old brown icon for Instagram used to be. OH-OH.

And so it begins.

I get online and start to see people posting on Facebook, Twitter and Instagram about how much they hate the new updates, threats are being made with multiple expletives on Instagram’s announcement video.

And apparently, the internet is having a bit of a meltdown about it all – that’s if Twitter tweeters are anything to go by. Many emoji tears were shed.

There was major discomfort:

I suspect @amberjxde is actually talking about her life.

Sounds like we had a design historian in the mix.

The community lost one of it’s visionaries, a sad day for us all.

Lastly, there was heartbreak:

I guess that’s what happens when you try and love someone and they don’t love you back.

Some people went so far they created a petition 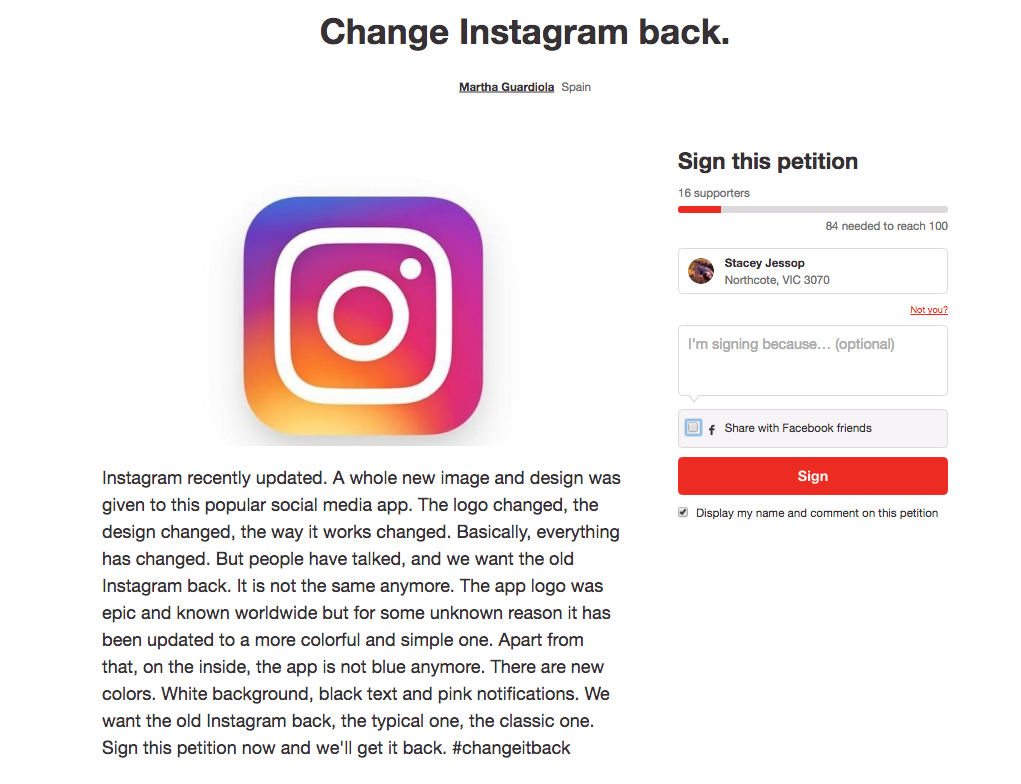 With 16 signatures no less

I think some people were just confused all together

Some people have said they didn’t notice except for a colour change – because the old icon without the Polaroid (above) has been in play for a while now as well as the Polaroid camera one to the left.

Once a company grows to a certain size it needs to think about a more widespread appeal – think of all the different languages and cultures it will be catering for, and how it represents the actual internal navigation and design of the actual app, and how it integrates with their other apps like boomerang (where you can create short video clips that loop).

People baulk at the new design because they say it’s lost it’s ‘soul’, but what they’re really saying is, I’ve grown attached to this icon, this look and feel, and now you’re just going to whip it out from under me without my permission. And we do grow attached to things – it’s human nature – but it’s also a nature we have to fight.

You may think that the brand has somehow lost its ‘quirkiness’ but on this kind of a scale, with 75 million daily users, quirky isn’t really something it can represent anymore.

Everyone who expressed their opinion about not liking the new logo hates it because of what it means to them. Not because of the design aesthetics in themselves.

It’s only really about what meaning has been attached to the symbol. And if you didn’t attach any meaning to the symbol, then you probably took about a minute out of your day to adjust, and you moved on. You didn’t have an attachment to an idea, an idea of what that icon represented for you and YOUR identity. Your identity about being original, and unique and different.

Know this – Instagram changing their logo doesn’t have any bearing on your individuality as a person. You’re still incredible, unique and original. But you probably knew that already. 🙂

What do you think? Continue the conversation in the comments below!

Till next post, be real, be you and hustle your way. (Join the mastermind group here too if you liked my perspective, cos we’d probably get along.)