There’s one thing I really hate on the web.

And it’s not all the cat meme’s re-shared by your mum.

Maybe you guessed it. Grammar Nazis. (I’ve misspelled something in this post on purpose too just for fun, see if you can find it.)

Here’s a riddle:
What came first, the idea or the full stop?

If you’re drawn to the second answer (or can’t even read that sentence while you’re mentally proofreading), you may be one of the know-it-all’s of the Internet.

Did grammar Nazis even exist before the internet? Scratch that, I remember now. Did you ever have a neighbour (who’s name was probably Mrs. Pemberton) tilt her chin down at you and make a tsking noise if you ever ran around the neighbourhood saying you were going to play with little Janie down the road?

“Me and Janie are going to play dress ups” you’d say.
Mrs. Pemberton of course would tell you “It’s not me and Janie, it’s… Janie and I.” With that condescending drawl on the ‘I’.

If you’re a Mrs. Pemberton (which you probably aren’t, considering you’re reading this): please stop and save us the effort of adding more white noise to the world.

What about the people who correct you when you say Paella – “No, silly.” They say. “It’s pay-ehh-ahh.” Fuck it I don’t care, I’ll say pay-ell-aa if I want. Damn giant spanish dish. (why is it so big?) 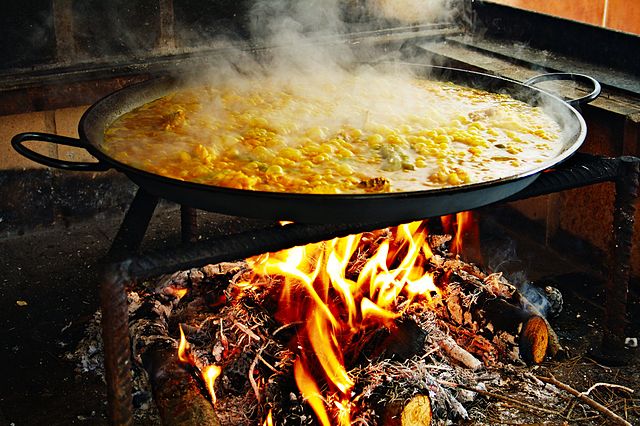 You think that’s a pot?! Wait. That is a pretty big pot.

For the nit pickers of the world, the comments section was the best thing since buffet dinner. All-you-can-eat commentary. And the best part? Now they could finally nit pick on the world stage.

The other thing with the comments section, there’s no one there to hold anyone accountable for their douchebaggery. Its unmoderated, wholesale shittiness. Nobody is watching, nobody cares. Maybe on the off chance someone did care to tell this douchebag to get some sense, there’s probably not much point because chances are there’s some much deeper insecurity going on that’s manifesting in the form of fixing grammatical errors.

Really, it’s the same amount of annoying as that squiggly green line in Microsoft Word that tells you you have a ‘sentence fragment’. Shut up, Paperclip, that doesn’t actually help.

Wipe that godamn smile off your face Clippy

Why do people want to use amazing technology that has brought human kind to a new level of communication, the potential for great change, to pick a typo? Or god forbid a “your” instead of a “you’re”. Globalisation has done as much to extending the discussions on a wrong paragraph spaces.

I truly believe, after 100,000 years of human evolution, we’re capable of more than properly placing commas.

You thought my rant was over didn’t you?

It feels like the Mrs Pembertons, the food correctors, the Microsoft Paperclip, they permanently carry around a red Bic pen. They’re hovering over your shoulder and can’t wait to use it.

It’s not that I don’t value a well groomed sentence. What get’s me is that unsolicited advice usually isn’t accompanied by any real value. Memorising extraneous details AND taking up other peoples time with that kind of ‘insight’, is a total waste of that persons time.

Maybe that’s the point: it has nothing to do with actually helping someone. It’s more about validating something in yourself.

If this sounds like you, please don’t add me on Facebook, I don’t want to be your friend.
Punctuation is just tool to express ideas. It isn’t the primary function of a sentence.

With that in mind, if you found this post mildly amusing, come and join my community. No nit-picking allowed (Imagine me grinning ear to ear when I say this). Go here or click the palm tree’s below and introduce yourself and tell me about yourself like it’s the first day of high school, it’ll be fun.